The art of effervescence in the South of France

The domain is located in the south of France, on the small village called 'La Digne d'Aval', less than 5 kilometres from Limoux, a stone’s throw away from the famous old city of Carcassonne, one hour from Toulouse and two hours from Montpellier. Since the years 80, the domain elaborate only sparkling wines in ‘’AOC’’ of Blanquette and Cremant de Limoux on more than 40 hectares. Year after year they have been consolidating their reputation of quality in France but also all over Europe, in the USA, Canada or Japon or Australia.

We invite you to visit our winery, our strict ways of cultivation and winemaking in traditional method and we will be happy to welcome you at Domaine J.Laurens for a tour and a tasting of our sparkling wines.

In the years 80, an expert from the Champagne region steeped in the tradition of refined, light sparkling wine understand the interest of Limoux's terroir : Michel Dervin decide to buy some vineyard in the area and start producing the well known Blanquette de Limoux. In 2002, Jacques Calvel, who was an entrepreneur in Switzerland, but native of Limoux and attracted by wines take over. Helped by Michel "savoir faire" and Henri Albrus, the winemaker, he decided to restructure the domain : vineyard and equipment in order to guarantee a high quality every year. Today in 2009 the Domaine J.Laurens is proud to produce a splendid range of Blanquette & Cremant de Limoux– with a healthy vineyard, new buildings, a more consequent team and an increase of sales but still with the same quality philosophy.

Blanquette de Limoux was created in 1531 in the cellars of the Benedictine Saint Hilaire Abbey when a monk discovered that the wine that he had bottled and carefully corked formed bubbles, after a second fermentation. The first sparkling wine in the world had just been invented in this splendid abbey. Historians have found texts dating from that period which mention "flascons de Blanquette" and during the XVII century, the Britains fell under the charm too, the English author George Farquhar wrote "Brut sparkles like the lively remarks of a man of wit".

Defined since 1929, the Limoux zone of production was the first to create a controlled label of origin in the Languedoc with Blanquette and Blanquette Méthode Ancestrale in 1938, both of them are elaborated with the traditional white grape variety of Limoux: Mauzac. More recently, the decree published in 1990 added a new appellation: Crémant de Limoux and following a recent change at the decret, Cremant de Limoux is now produce with Chardonnay and Chenin. We can also add Mauzac and/or Pinot noir.

Méthode traditionnelle : Sparkling wines of Limoux are following the ‘’méthode traditionnelle’’ : we use a pneumatic pressing to make sure the juices are clear and pure, first fermentation is starting in stainless steel vats with temperature regulators and second one in bottle stimulated by adding a blend of sweet juice and yeasts. The deposit which remains in the wine is than gradually worked down towards the neck by a turning desk. The neck of the bottle is then frozen and the deposit expelled. Before the final corking operation, a dose of ‘liqueur d’expédition’ is added to confer the style wich is required: brut, dry, or medium dry wine.

To respect the AOC Limoux, rigorous rules have to be followed : fixed quotas for surfaces, yields are limited to 50 hl/hectare, grapes are harvested only by hand, uncrushed grapes, wines must then rest on their lees minimum 9 months for the Blanquette and 12 for the Cremant, respect of the variety of grapes (Mauzac, Chardonnay, Chenin et Pinot Noir only)... a very long list but it’s the origin and quality guarantee for the AOC sparkling wines from Limoux. 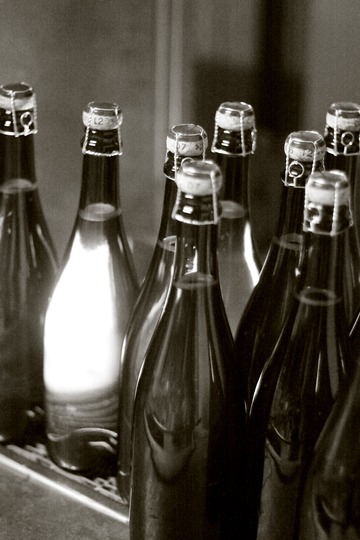 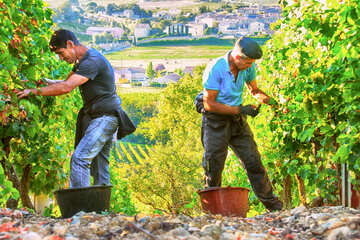 Our team Find out more 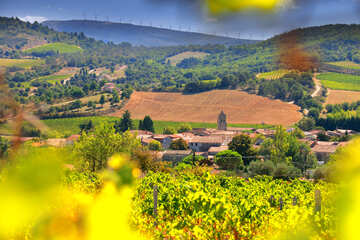 Our values Find out more 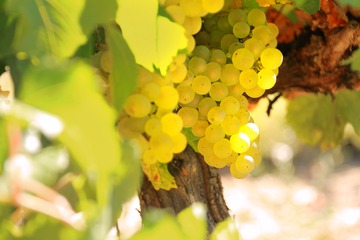 Our wines Find out more 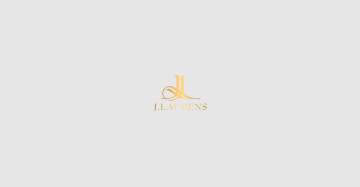 Sprig time is coming in the South of France, almonds trees and prune trees are blooming ! 01/03/2022 See more

J.Laurens participates in the Wine Paris fair from February 14 to 16 See more